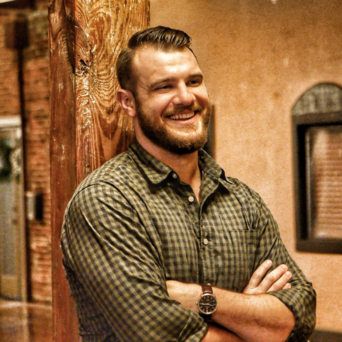 The coaching business is slowly dominating the world’s market with the International Coaching Federation, showing an estimate of 71,000 life coaches in 161 countries worldwide in 2019, which is a 33% increase from 2015. David Waldy is a coach, and speaker who found a drive in the coaching business, helping people to feel seen, understood, and heard. He is a fiercely empathetic coach who creatively infuses personal development with business coaching. His “super-power” is knowing the right questions to ask to help others identify what they want to change, establish new habits and systems. He then helps implement different strategies that align his clients with their purposes and goals. He is a person who purportedly believes in you more than you do.

David grew up in the outskirts of Topeka, Kansas, and moved to Tampa when he was 13. His dad was a veterinarian, and his mom a teacher. He learned the value of hard work from a young age and did well in school. However, he turned down a full-ride scholarship to pursue another path on self-education through internships and mentorships. He attended a two-year program called South Carolina School of Leadership and yet another college for only a semester. He dropped out of college because he didn’t see the Return on Investment and felt called to a different path.

He received specialized and corporate training in leadership development, religious studies, interpersonal communication, sales marketing, and business systems as he started building a career in sales.

Getting to After-Hours Coaching

David worked in a transportation service company, Two Men and a Truck, where he became a top 1% producer and started getting recognition from the franchise and corporate level. He was transitioned to a senior management role, where he began providing coaching and training to higher performing sales teams across the east coast. David would work 60-80 hours a week overseeing teams responsible for sales marketing and logistics. Incredibly, he generated millions and millions of dollars($400M) revenue, which made him identify his unique point. He realized he was aligned, loves people, clients love him, and his feedback is amazing, a methodology he later named” Fierce Empathy.”

Two years before leaving the company, he started diving into understanding coaching online business, organic marketing, and sales. He got immersed in taking courses and training and sparing his after-hours to figure out how to build websites and funnels, etc. He eventually built his coaching practice after hours, after an interaction with a friend and executive coach who made him realize he had a greater gift and that he was meant for bigger things than the corporate world.

Practicing after-hours coaching and witnessing the potential in it, David Waldy decided to quit his 6-figure job and pursue his path. This move also came about due to a difficult phase in his life, which motivated him to follow his path. There was immense pressure where he was pushed to a senior role and problems arising. He took a $40K pay cut shortly after buying a new home, undergoing a miscarriage, and dealing with the worst business betrayal. That, for him, was a sign to get onto bigger things- building his dream.

He also started another coaching business with two friends he met at Tony Robbins and Dean Graziosi’s training program that they were chosen to train and develop programs and workshops. The business Generation Impact Consulting helps business leaders develop their business using organic online strategies.

David Waldy got into coaching for he believes in human potential. Most people have been conditioned due to their lives and upbringing, baggage, pain, struggle, and betrayal. He truly believes that there is a version of people they were created to be that life has shoved down. David thus strives to let people bring out that other version and live a life of abundance through his coaching. You can reach out to him by